As for a little background on this untamed expanse, it was designated as a national park in 1980 by the Alaska National Interest Lands Conservancy Act (ANILCA), which was signed into law by President Jimmy Carter. The ANILCA provides varying levels of protection over designated U.S. lands.

Archaeological evidence shows that the Sugpiaq, meaning “real people” (aka Alutiiq), subsisted in the Kenai Fjords area for centuries, fishing and hunting along the coastlines of the outer Kenai Peninsula.

It is difficult for archaeologists to pinpoint exactly how far back the Sugpiaq’s existence goes in these areas due to the ever-changing landscape. Earthquakes, advancing and retreating glaciers, and sea level changes hide evidence.

Girdwood locals and visitors have heard of, or walked up to Exit Glacier, the only part of the park accessible by road. But what about some spots we’ve (regular people) never (probably) been?

Captain Colin Brayton, who owns and operates Alaska Fjord Charters, offered some insight into some of the less traveled areas of the park he gets to share with his guests aboard the M/V Darby.

The small size of the boat and multi-day charters enable people to explore coves and see waterfalls and glaciers that most people have never seen. Colin has vast knowledge of wildlife and has navigated water since he was a child.

One of Colin’s favorite areas is Northwestern Lagoon, near Striation Island. There’s a small island in the vicinity called Erratic Island (you won’t find it named on the map). This, according to Colin, is a fantastic spot to anchor, relax, and take in the stunning 180-degree view of hanging glaciers, rock, and shoreline.

This is a good place to spot the Kittlitz’s murrelet, a near-threatened species, which is any birder’s dream to observe. It’s common to see oyster catchers, puffins, and sea otters enjoying their natural habitat, as well.

Colin’s guests also enjoy some exercise via kayaking, paddle boarding, or walking on the shore, if they wish.

As for crowds of people, that won’t be an issue. Colin states, “I try to find anchorages we have to ourselves. That’s the point.” Plus, traffic is light in Northwestern Lagoon.

Another of Colin’s favorite, obscure spots is Thunder Bay, a small, protected cove to the southwest of Northwestern Lagoon. Colin describes it as “a fish bowl with sheer cliffs, wispy waterfalls and rugged coastline. Very few people spend the night out there,” which is exactly what Colin’s guests get to do if weather conditions are just right.

There are 10 or 12 waterfalls cascading down the cliffs, where mountain goats often hang out, and visitors will see driftwood and maybe even black bear along the rocky beach.

And Colin’s guests always have the option to get out on the water or explore the shoreline and experience Alaska’s true, pristine wilderness.

There’s something extra special about seeing remote parts of Alaska, free from summer crowds, and imagining what it may have been like hundreds of years ago when people lived off of this seemingly uninhabitable coastline, in these remote and hidden coves.

Today, we are able to see Kenai Fjords’ current occupants – sea otters, bears, mountain goats, whales, orcas, and many, many amazing bird species – in their natural habitat. We are able to experience Alaska’s rugged and breathtaking terrain and go where few have gone before, if we’re willing to travel a little.

Girdwood locals have the advantage of stepping out their door and seeing a moose or a bear and perhaps sweeping views of jagged, glaciated mountains. Very few locals or visitors to Alaska get to see these hidden coves of Kenai Fjords National Park, only accessible via small boat and the waterways less traveled.

If you’re interested in planning a trip to explore Kenai Fjords National Park, follow this link to get more information and book a trip with Alaska Fjord Charters. 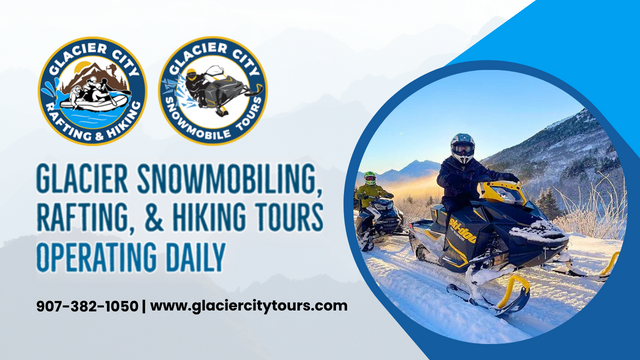